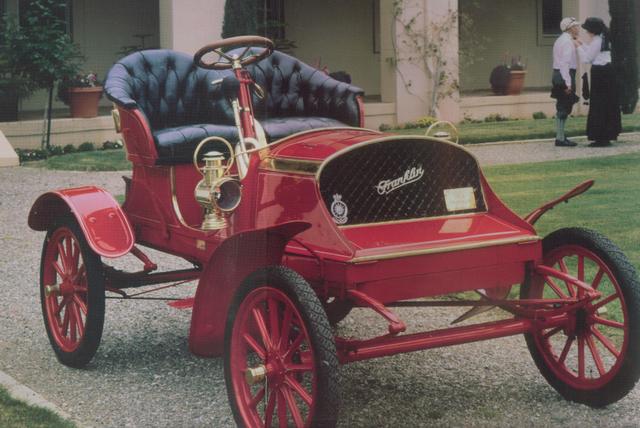 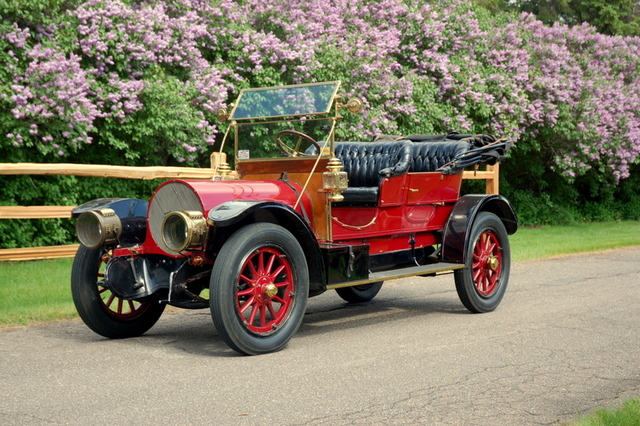 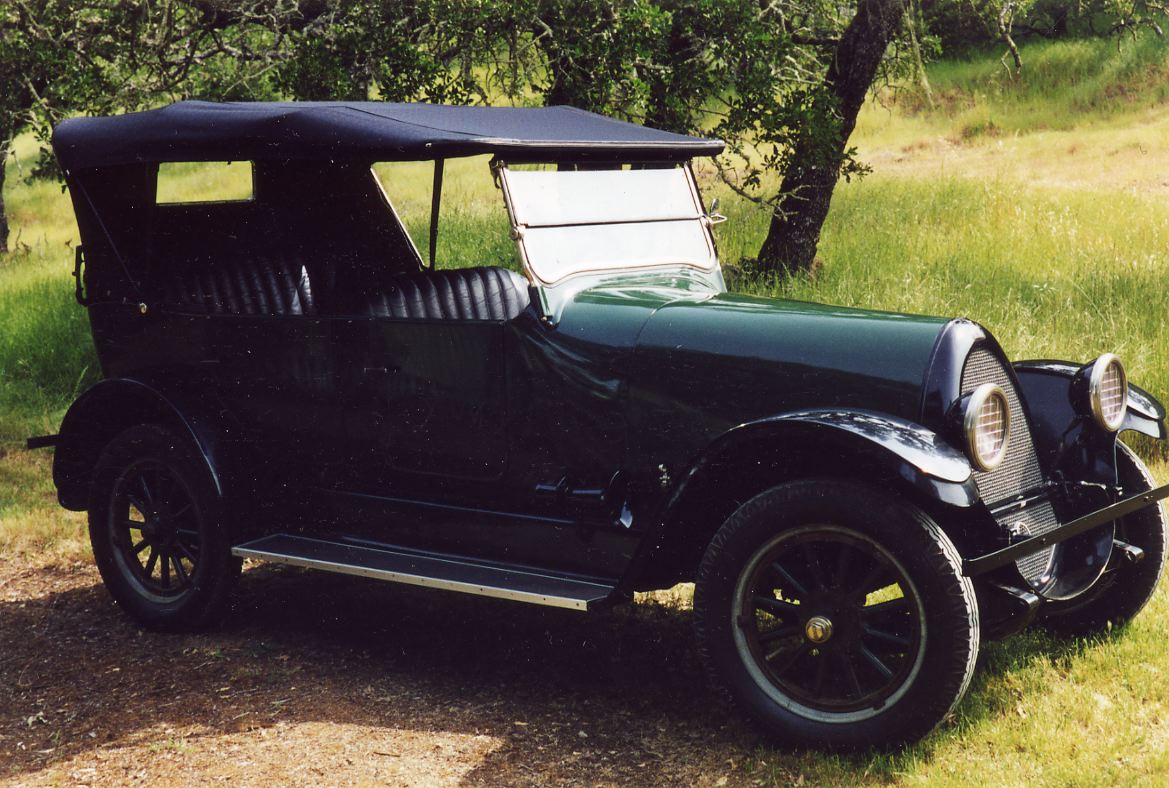 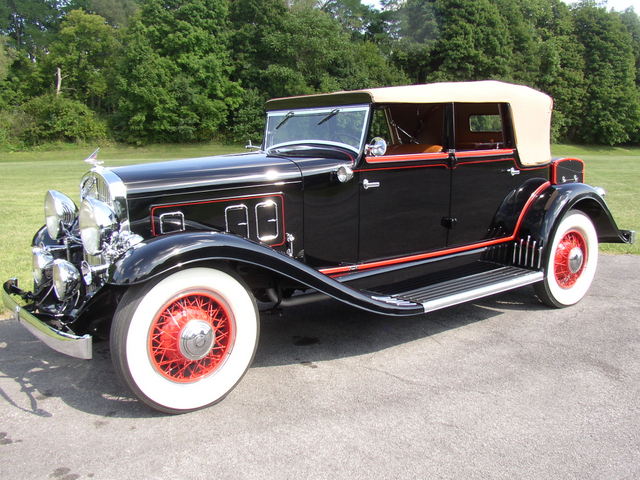 This guide is based on the pamphlet printed by the H. H. Franklin Club, Inc., for distribution to its members and the public. Compiled by Bourke Runton.

A simple list of visual feature you will typically find on Franklin Cars. The Franklin, the most successful American made air cooled automobile, was produced in Syracuse, NY, from 1902 to 1934. Keep in mind that some cars have been upgraded by their owners, so variations have occurred after a half to full century of use.

The cross-engine is the original Wilkinson design with which H. H. Franklin entered the automobile business. It established the practical features of air cooling, light weight for the power developed, and a flexible wood frame. The open chain drive was not a food feature. These cars were very reliable machines. The set the standard for Wilkinson's belief in scientific light weight. The car was revised to improve these features in a conventional layout we call the barrel hood generation.

Barrel hoods ran from 1905 to 1910 in multiple models designated by letters, but basically a small and large four cylinder and a larger six cylinder. Taxis and Trucks were built, and the details changed constantly as new designs came along. The letter series received a Renault hood in 1911 and remained in production as late as 1913.

The benefits of this engineering refinement was a new car, the six cylinder 30 hp model M, the basis of Series 1-8 in 1912-1916. The new policy was one car, with different bodies, simplifying production. The design was excellent and rising production put Franklin on the map. Henry Ford used one as a personal car. The Series 1-8 are evolutions of one design receiving engineering improvements, so don't think in terms of model years.

The need was evident for assembly line production, the Series 9 was a new design planned for progressive assembly. From 1916 to 1922 the new factory made over fifty thousand 9's, one third of all Franklins. There were numerous running upgrades to the one model, and a restyling in 1921 to a low horse collar grill. The engine was revised to front blower in mid 1922, and the Series 10 began. The early 10's were repowered 9's, but in 1924 the chassis was reworked to the 10C with a stronger engine. The 10C was an excellent car with a dated appearance.

Frank DeCausse was retained to restyle the line, the 1925 11A was the first series with his designs. These pleasing but conservative styles remained through 1929. The Series 11's and 12's are similar, the 1928's have larger engine and four wheel brakes. 1929 was a transition year, the line expanded to three price ranges, with some very deluxe cars. The frame was steel on all models, a larger engine was offered, but the line was the end of a styling and engineering generation.

The new Airman of 1930 was a greatly improved car with a new cooling design which allowed 100 hp from the same displacement. The chassis and suspension were revised, styling was by Raymond Dietrich. The series 14,15, 16, and 19 are similar design, with yearly improvements . These series are most popular at HHFC events, they run and handle well, and are easy to maintain once restored to good conditions.

The V-12 was introduced in the depth of the depression, a large powerful car with conventional suspension. It sold 212 copies in three years, a clear miss on what the receivership lawyers were looking for.

The Series 18 Olympic was a REO Flying Cloud with a 100hp Franklin engine added under a restyled hood. This made a very good mid-price ($1,300-$1,500) car for dealers to sell, and it actually did fairly well. The A, B, and C refers to the parent REO models on which the Franklin was based.

In 1934 all bodies in stock were assembled and shipped, all V-12's completed, and the last Olympic 18C's put together. The assembly plant closed the first week of April.